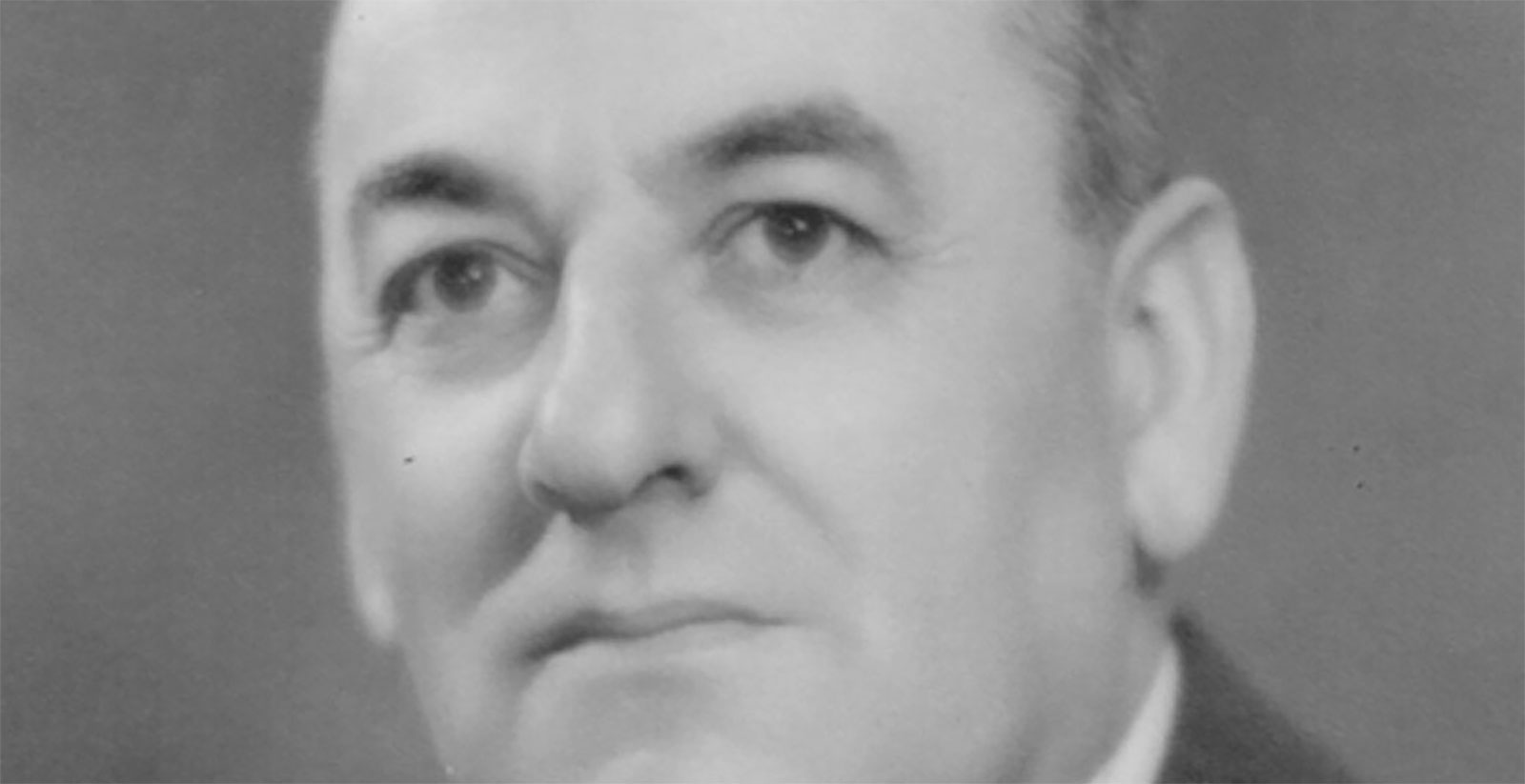 Mr John Percy Hamilton Baxter OBE (1886 – 1954) was the only son of John Francis Baxter and Isabella Baxter (nee Hamilton) who both lived in Geelong, Victoria from the 1850’s to the 1940’s. He spent his whole life as a resident of Geelong and in 1911 he married Hilda Gertrude Hocking of Ballarat, Victoria (1885 – 1975) who had been born in Moonta, South Australia. She was the daughter of a Cornish mining engineer involved in the ‘copper triangle’ on the York Peninsula and later in the Ballarat goldfields.

The Baxter family first arrived in Geelong in the sailing ship ‘Sea King’ in 1855 when John Francis Baxter was only one year old. His father, John Baxter, a migrant from Ipswich, Suffolk in the UK, set up a sawmill on Western Beach, which was later moved to Hope Street, Geelong West, where a timber yard and construction business was established. John Percy Hamilton Baxter was born in Geelong West in 1886 and attended the Ashby School. His father, John Francis Baxter spent his whole life in the timber and construction business and as a boy in the 1890’s young Percy also assisted in that business. Not wishing to spend his whole life in it, however, he set out to obtain experience in the real estate business and then, in partnership with Mr William Reid, set up ‘Reid & Baxter, Real Estate Agents’ in Malop Street before the First World War.

Percy retired from the real estate business in the late 1920’s and spent some time as Managing Director of the Geelong Aerated Waters Pty Ltd, helping to steer that business through the Great Depression. By the time the Second World War commenced he had become a director of a number of local companies and at various times was the Chairman of the Geelong Gas Company, the Federal Woollen Mills, and the Regent Theatre, and was also an Alderman of the City of Geelong. In addition he had acquired a substantial interest, together with Mr Everest York Seymour, in a New South Wales soft-goods retailer Fosseys Pty Ltd. It was the E Y Seymour Trust which, by a bequest in 1966, funded the Seymour Centre, located beside the University of Sydney.

During the Second World War, in which his son John Russell Baxter served as a Spitfire fighter pilot, Percy Baxter was very active in the Geelong Branch of the War Funds Board, which gathered funds for support of the war effort, and was the chairman of that organisation for some time. It was for that work, and also for local charitable work, that he was made an Officer of the Order of the British Empire in 1951.

Percy Baxter had become active in charitable work before the Second World War, when he was a member of the Geelong Rotary Club, but in 1949 he formalised that activity by establishing the Percy Baxter Charitable Trust in co-operation with the Perpetual Trustee Company, now Perpetual Limited.

A sizeable portion of his wealth was vested in that trust when it was formed, but its funds were further increased by bequest when he died in 1954, and also later when, following the death of Mr Seymour, the Fosseys group of companies were sold to a large Australian department store chain. His son Mr John Russell Baxter, who was by that stage an aeronautical engineer, then became a co-trustee of the trust with Perpetual Trustee Company.

After the loss of her husband in 1954, Mrs Hilda Gertrude Baxter continued to live in Geelong for over 20 years, dying a few days after her 90th birthday in 1975. During this period she decided to vest a substantial part of her wealth in another charitable trust, the Baxter Perpetual Charitable Trust, which was set up in 1969, again in co-operation with the Perpetual Trustee Company. Because her son and his children were by then living in Sydney, it was decided that Mrs Baxter’s new charitable trust should be broader in scope and the trust deed shall allow the support of approved charities throughout the Commonwealth of Australia. This charitable trust was subsequently renamed the Baxter Charitable Foundation.

During the 1980’s, the grandsons of Percy Baxter, Dr John Baxter and Mr Roger Baxter, both mechanical engineers, began to attend trustee meetings and eventually became co-trustees with Perpetual Limited and their father Russell Baxter. John Baxter is now the Chairman of the Percy Baxter Charitable Trust, which is restricted by the terms of its trust deed to making grants to approved charities in the State of Victoria only, with special emphasis on the Geelong and Ballarat regions where Percy and Hilda Baxter spent most of their lives. As of April 2022 the charitable trust’s assets are valued at over $100m, and it makes annual grants of approximately $4.5m to Victorian charities and medical research.

Roger Baxter is now the Chairman of the Baxter Charitable Foundation, which can make grants to approved charities in all the Australian States and Territories. As of April 2022 this charitable trust’s assets are valued at over $22m, and it makes annual grants of approximately $0.9m to Australian charities and medical research.

John Baxter’s children, Chris Baxter & Richard Baxter, and Roger Baxter’s children, Kate Baxter & Robert Baxter, now regularly attend trustee meetings of both charitable trusts and, as great grandchildren of the founders, look forward to eventually having the opportunity to take on the role as co-trustees. Chris Baxter, who founded Baxter IP, Patent and Trade Mark Attorneys, has continued the family’s philanthropic tradition by supporting the UNSW Founders Program and, in particular, the establishment of an ePhD scholarship enabling UNSW’s brightest researchers to commercialise their innovations through their own ventures.

If you are an Australian charity seeking information on how to apply for funding through the Perpetual annual funding round, please visit: www.perpetual.com.au/financial-advice/supporting-not-for-profits/how-to-apply-for-funding-from-perpetuals-impact-philanthropy-application-program

If you are interested in learning more about philanthropy and structured giving please visit: www.perpetual.com.au/financial-advice/philanthropy-with-impact